Dangling Over the Ledge
The best marketing pushes your brand to its extreme conclusion.
Kung Fu Branding
And then he spoke..."Enough Talk, Let's Fight."
Ubiquitous Menus
Are you brave enough to let this classic website component go?

Most marketing stops when it should just be getting started.

Imagine if The Lord of the Rings saga was 1200 pages that ended with Frodo first leaving the Shire with Sam. Or if Harry Potter was seven movies that ended with Harry first meeting Ron and boarding the train to Hogwarts. Or if the Hunger Games trilogy ended with Katniss saying "I volunteer". The problem, of course, is that while these are all momentous, risky, life-changing events in the journeys of our heroes, they merely represent the first step each of these characters had to take. If these stories played out the way I described, they would just be setup, with no conflict, no payoff, and no transformation. Put another way, they would be bad stories.

And yet we craft our marketing the same way.

The first act is just the beginning

In storytelling, and in particular filmmaking, creators often use what is known as a three-act structure. The first act introduces us to the circumstances and to our main character. It ends with that character making a big, transformative decision. Harry goes to Hogwarts. Luke leaves everything behind to fly off with Obi Wan Kenobi. Katniss volunteers. But that decision is just the beginning of the adventure.

What follows in the second and third act are a series of conflicts, challenges, successes, and failures that ultimately lead to the main character becoming the hero of the story. That first decision was momentous, to be sure, but it is not what the character set out to accomplish...it was merely a choice that set them on the path to a better version of themselves.

In the same way, if the entirety of your marketing is about getting a click or an email address, you can't possibly be appealing to the better nature of your customer or donor. You're caught in the first act trap. In fact, you may be limiting the long-term value of both you to them and them to you if all you're doing is getting them to the end of the first act. If you get them to that point, but have no follow-up, they may actually go someplace else to continue on their journey.

...if the entirety of your marketing is about getting a click or an email address, you can't possibly be appealing to the better nature of your customer or donor.

In filmmaking, it's not unusual for the first act to only last the first 20% of the film. Think about that for a second: 80% of becoming a hero happens after the first big step.

Are you stopping your heroes?

If you're a nonprofit, does the story stop with a donation, or are you calling donors to a greater level of engagement and investment? If you're a landscaping company, are you selling mowing or a lifetime of better-looking, worry-free lawns? Are you devoting 80% of your marketing resources to only getting customers or donors the first 20% of their way along the journey?

Good stories don't stop with the first act, but all too often our marketing does. Look beyond that first click and to long-term value and you may find the key to better engagement. 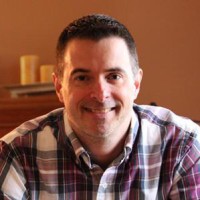 Tim is one of the co-founders of Ten Centuries Media, and has over 25 years of experience in communication and marketing for public and private organizations, from branding and web development to marketing strategy, grant writing and policy development. Tim also has spent 19 years as an attorney developing policy and programs at the intersection of criminal justice and behavioral health.